7 mistakes your sellers should avoid at all costs

Of course, clients’ ultimate goal is to net as much money after their home sale as much as possible. But in trying to take shortcuts on upfront costs, sellers run the very real risk of shortchanging themselves.

There is nothing worse than a bad remodeling job.  If it can’t be done right, it is better to leave it alone for the next person.

Buyers and agents see right through attempts to put frosting on a bad cake to make it look “pretty” — especially when they see the handiwork up close.

A seller might think it is totally acceptable to sell a home with an original roof, home ventilation and air conditioning (HVAC) system or a water heater.

After all, that’s for the next buyer to deal with, right? Think again.

A seller can expect to account for these deficiencies when either the home is shown with no offers, an offer is made reflective of these items that need to be replaced or once the home inspection happens, the buyer wants to renegotiate the entire transaction because of it.

What’s even worse is the potential for the deal to fall apart because the buyers start to get cold feet and feel as if they are buying a money pit — and walk away.

Now the seller has to deal with these issues as they are likely to come up again for the next buyer, which might entail them having to replace the items to get the home sold. This has the potential to jinx the momentum of the sales process — and result in a lower sales price.

3. Selling a home with anticipated deal-breakers

Homes with original wiring like aluminum or  knob-and-tube, pipes that are polybutelene or copper worry buyers; these features can make it more difficult to obtain home insurance, and when they can, it’s more expensive.

The same is true for unpermitted structures on properties. Sellers can’t guarantee that they’re safe. That leaves the buyers with the uncertain prospect of either having to remove or take responsibility for those structures.

Either way, it adds an uncomfortable level of uncertainty to the transaction for the buyers and the prospect of unknown and significant future costs.

The only way to make it right may be to remove or undo it. The extra square footage and/or value the seller was hoping to derive from that structure cannot be guaranteed if it’s not permitted.

4. Being reluctant to negotiate or turning down offers

Sellers who either reject or won’t negotiate an offer often sell for much less later.  I call it the $20,000 rule. I’ve seen more transactions fall apart when both parties were literally around $20,000 apart in a negotiation.

Who really wins? The buyer who can go out and find another home. The seller has now bought their home back for the difference in the negotiations plus the ongoing carrying costs.

This tactic can be a deadline sin. Overpricing is sure to alienate and discourage buyers from either looking at and making an offer.

This often old-school approach of “they can always make an offer” is outdated thinking and won’t produce the intended result. Buyers and agents will avoid the home and simply won’t show it.

By the time the sellers start to believe the reality, six months have passed and they have lost critical timing and are chasing the market. In the meantime, better inventory that is well-priced is available that buyers are choosing over an overpriced property with an unrealistic seller.

Some sellers like to do their own repairs and improvements because there isn’t a contractor out there who could possibly build or fix something the way they do. That is all fine, until it comes time to sell their house.

Expect those items to be called into question and be scrutinized by buyers, their agents and inspectors. Sellers might not be able to address something on their own simply because they have the knowledge to do so.

The very thing they built or fixed might need to be redone by the appropriate professional. Correcting DIY can be costly.

Speaking of DIY, there is nothing worse when sellers attempt to handle moving out on their own.

They were late picking up the rental truck, or the one they got had a problem, and they had to get another one. They have more stuff than anticipated, and they were supposed to go back to clean the house.

It’s now 2 a.m. before closing day, and there is no way all of that is going to get finished.

Ditto for a garage full of garbage and unwanted items. When the buyers come to do their walkthrough, they are extremely unhappy and want all cleaned and cleared out immediately. This entails calling in a favor to a miracle worker or two who can take care of the issues, but they will need to be paid for it. So much for trying to save money.

After no sleep and a house partially emptied out, what was the seller really saving? Was it worth it to have created so much stress and have an upset buyer, frustrated selling agent and embarrassed listing agent?

Sometimes, experience is the best teacher for these kinds of lessons. Ask any experienced seller how they would handle these situations again, and the answer would likely be different. 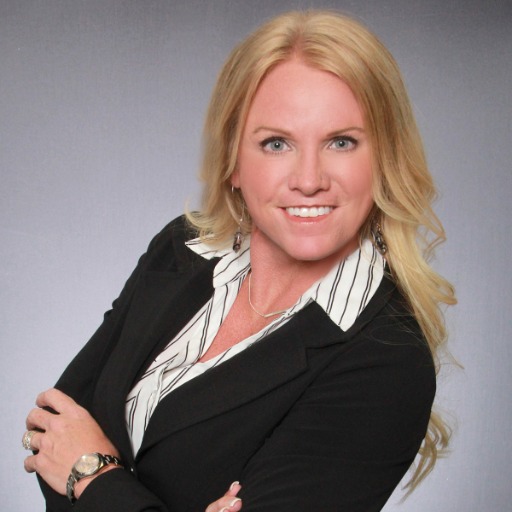 Cincinnati’s Top 3% | Sr Sales Vice President | selling Fast for Top Dollar | from Neighborhood to Luxury, I'll help you find the Home you Love As your Realtor, I bring a breadth of experience and ....

It's official...  The votes are in: neighbors voted you a 2021 Neighborhood Favorite.As the only local business awards voted on by neighbors, we're happy to help your community officially

Don't Get Caught in These TrapsJust like our economy, the real estate market is always changing. With those changes, you'll often hear "truths" circulating that are, well, less than true.In this

¡ Halloween Celebrations Are Back !

Halloween is right around the corner meaning trick-or-treaters will come home with lots of candy. Not only are our communities some of the best places to live, but they are also some of

The TOP REASONS most home purchases FALL THROUGH

Yes, some home sales don’t make it to closing. There are a number of situations that may derail a deal, and it’s a nightmare-come-true when it happens.The good news is that the